I LOVE OLD PHOTO'S AND HISTORY


Saw this old photo of Isis Downs shearing shed taken sometime around the 1915.
It is an amazing photo featuring 30,000 sheep waiting to be shorn.
Legend has it that all these sheep were ' 2 tooth's ' or in other words 1 year old and that they were all wethers (male sheep). Just think there were a female equivalent waiting in the wings!


I have had a bit of a search on the wonderfulworldwideweb and come up with some great old photo's of the famous 'Isis Downs Station' at Isisford. It has a wonderful history which goes back to the opening up of western Queensland. In the Isisford/Ilfracombe/Longreach districts it was one of the first stations taken up. Other included' Portland Downs' and 'Wellshot'.

This shed was built around 1910 and was revolutionary in it's day for a number of reasons...

Firstly it was semi-circular not heard of in shearing shed designs before. This was a lot more practical as wool tables were in the center of the shed with shearers working round the outside......roustabouts had less walking and sheep penned up well. There were probably a lot of other reasons but that's all I can think of with out delving into things more....lazy bloger....

Secondly it was run wholly on electricity.......this shearing shed in isolated western Queensland had 'power' before Melbourne......so legend has it anyway.


How is this possible you ask. Electricity was produced from steam. The hand pieces the shearers used were driven by steam also. The shed could utilize 52 shearer's. All the wool pressers were stream driven and there was also a little steam driven train which had carriages to cart the wool from the main shearing shed to what was called the 'dump shed' where wool was 'dumped' into bigger bales to then  be loaded ..by a steam driven loading system on to the first steam driven 'road train' which carted the wool to Blackall wool scour 100 miles away.

Teams of men worked for weeks before shearing to stock pile enough wood to keep the fires burning.

Pictured are some Isis Downs jackaroo's . These Jackaroo's were usually son's of land holders and were doing a sort of apprenticeship in preparation for taking over family grazing property's, or going on to management positions on big company places like Isis Downs.

On the other hand also employed were ' station hands'. These men were of a very different class and means to the 'jackaroo'. They were workers and most didn't stand to gain anything other than employment. These men didn't usually have a lot of time or patience with their ' upper-class' work mates and sometimes went out of their way to make the others life a misery.

Jackaroo's because of their 'gentlemen son's ' status socialised with the station manager and his family. Station hands never did.


The lovely old Isis Downs homestead. This was taken in 1915. It was one of the few station homesteads that sported a lawn. Most others didn't have the water supply for such a luxury. But Isis had a weir in the near by Thornleigh Creek which made this possible .

Isis Downs as it is today 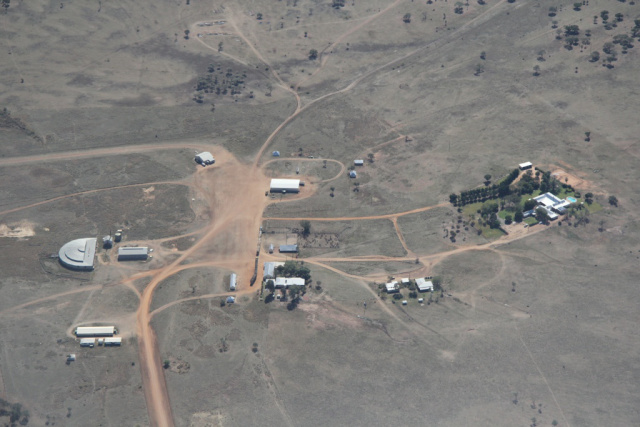 It is now owned by Consolidated Press Company. All trace of the once mighty sheep station has all but gone....except for the shed ...it has not seen a sheep dragged across it's dusty board for a number of years ..but it is maintained to preserve history so that future generations can see how Australia was once built on the sheep's back. 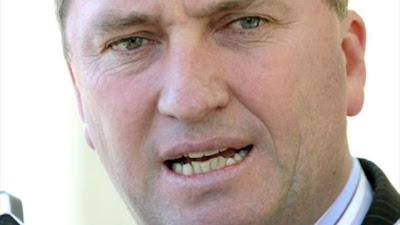 Oh I could dance a little happy dance!!!
I'm soooo happy to hear that Barnaby Joyce is now the new Minister for Agriculture.
This is such a POSITIVE improvement for our industry and all our agri businesses.

Barnaby will go in fighting for us we can rest assured of that.
I really think that things are going to turn round now for the 'Man (and woman) on the Land'.

Aside from Barnaby we have Tony Abbott at the helm and I am also a great fan of his...he is such a ' go getta' and I love the way he seems to at last have some understanding of what has happened to this great country of ours and what is needed to get it back up and running again.

We will really be OPEN FOR BUSINESS now........thank god.

But back to Barnaby......I really can't speak highly enough of him.

His passion for the land and it's people is quite moving.

He cuts straight to the point and doesn't beat around the bush...

And I think a lot of Politions are a little bit frightened of him...they just don't quite know what he is going to do or for that matter say next.....

On a personal note .....Barnaby was along time ago our bank manager. He worked for Suncorp Bank in St George at the time we bought Argyle at Bollon and we dealt with Barnaby. I remember him then as being ...believe it or not... quite shy  and little unsure of himself. He has come along way since then.....

He has found his Passion and hit his straps and all of rural and remote Australians are right there behind him.

At last the future looks bright!!

Posted by The Outback Artist at 13:17 No comments: